Twenty years of spreading the message of human rights.

Youth for Human Rights International celebrates its 20th anniversary this year: 20 years of providing human rights educational resources and activities that educate, inform, assist and unite individuals, educators, organizations and governmental bodies in the dissemination and adoption of the United Nations Universal Declaration of Human Rights (UDHR) at every level of society.

“The state of human rights is devastating,” says Youth for Human Rights International (YHRI) founder and president Mary Shuttleworth. “People will never defend their rights or the rights of others if they don’t understand what they are.”

In 2001, Shuttleworth, a lifelong human rights advocate and educator, was deeply troubled by the state of human rights in the post-9/11 world. Learning that 90 percent of those surveyed were unable to name more than 3 of the 30 rights granted by the UDHR, she launched an initiative to educate youth on this document, which celebrates the 73rd anniversary of its adoption on Human Rights Day, December 10. 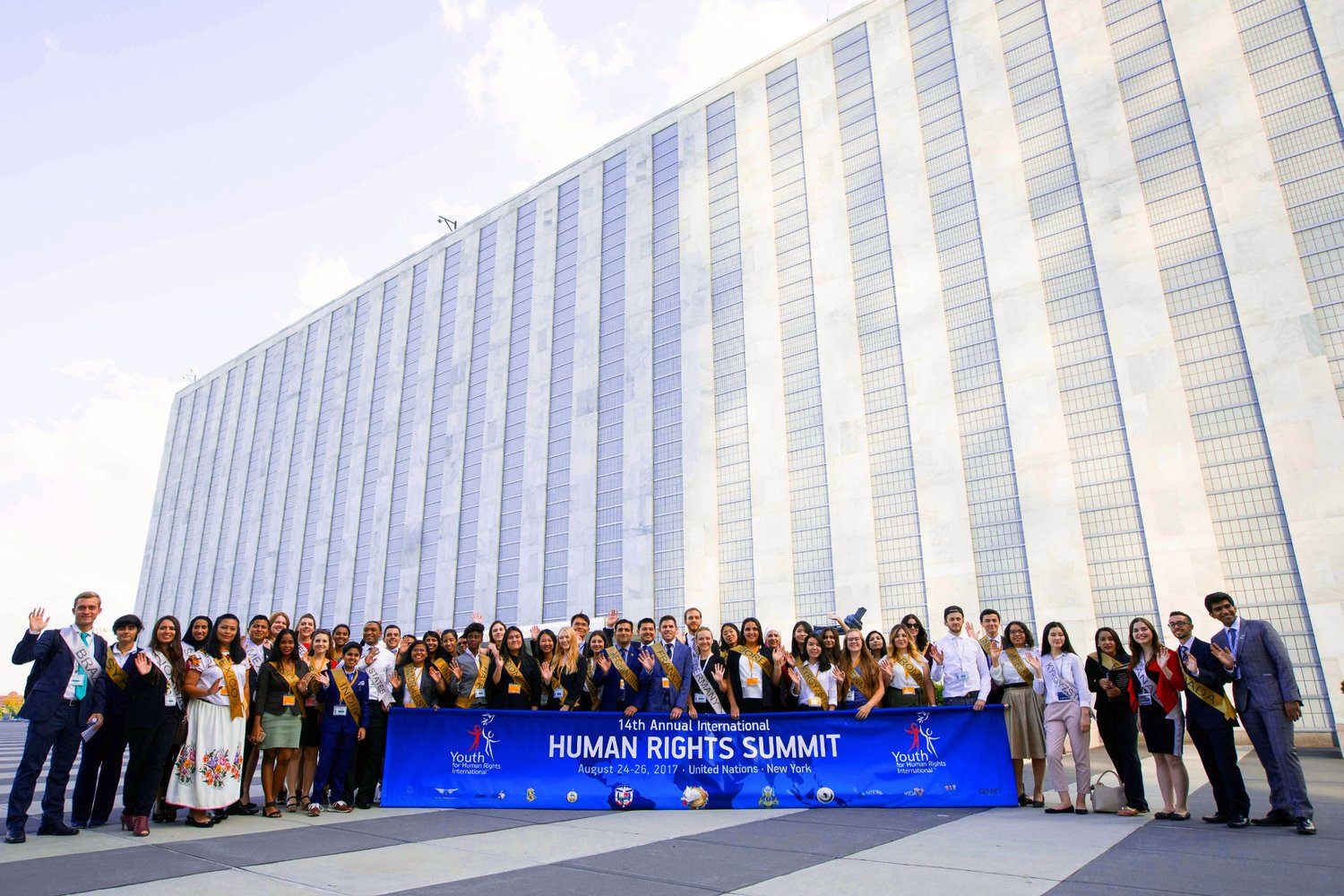 Youth delegates to the 14th annual Human Rights Summit organized by Youth for Human Rights International at the United Nations in New York.

Shuttleworth takes issue with children being taught that slavery was abolished in the 1800s, when there is probably no country on Earth where human trafficking is not taking place right now. “The fact is, more men, women and children are living in slavery today than in the height of the slave trade,” she says.

YHRI’s mission is to teach youth about human rights and inspire them to become valuable advocates for tolerance and peace.

Some of the milestones accomplished by YHRI in its first 20 years include:

In 2019, the World Summit of Nobel Peace Laureates presented Mary Shuttleworth and YHRI with their Peace Summit Medal for Social Activism “in recognition of their work to educate the youth of the world on the importance of human rights through the Universal Declaration of Human Rights.”

“It’s not a question of what it will cost to teach human rights, but what it would cost not to,” says Shuttleworth. “When I started, very few people actually knew what human rights were. People are more aware of human rights now. We are not only making a difference, we are changing viewpoints, we are raising the quality of life and we are saving lives.”

YHRI acknowledges its many volunteers and chapters around the world, with a special thanks to its main sponsor, the Church of Scientology.